Be the first to review this product
As low as $94.00
In stock
SKU
SB2-MBParent
Add to Wish List Add to Compare
Skip to the end of the images gallery 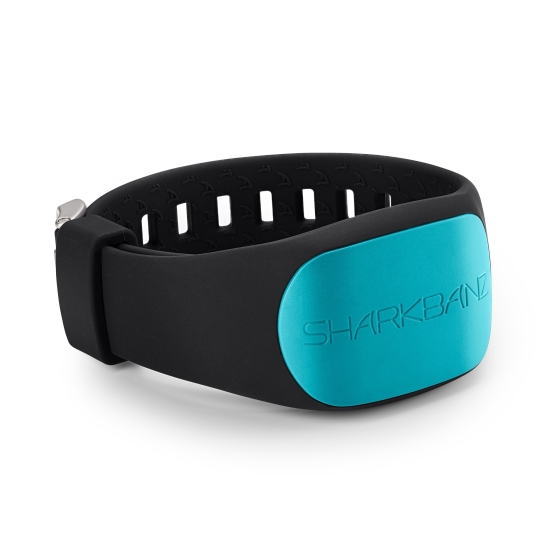 Skip to the beginning of the images gallery
Details

*Sharkbanz Technology has been verified by an independent third-party analysis group at the prestigious School of Coastal Environment Department of Marine Science at Coastal Carolina University.

Sharkbanz’s patented magnetic technology is the result of long term, ongoing scientific studies and testing. Sharkbanz utilize powerful permanent magnets to create an effective shark deterrent that’s always on and requires no batteries or charging. When sharks approach Sharkbanz, they detect the device’s strong electromagnetic field, which provides a sudden sensation that is thousands of times stronger than the signal produced by anything in a shark’s normal food chain. Consequently, sharks are deterred away from Sharkbanz. This cause and effect is analogous to having a bright light suddenly shined in your eyes in a dark room. You would not be hurt, but you would want to turn away.

Sharks have the strongest electroreception (sensitivity to electrical fields) in the animal kingdom. They use this unique capability to navigate at night, when in murky water, and to hunt. Their electroreceptors (Ampullae of Lorenzini) and lateral line canals connect to the seawater by pores on their snouts and other zones of the head. When a fish swims, or even moves its gills, it creates a change in the surrounding geomagnetic field that sharks can detect with these electrically sensitive, gel-filled canals. Since the shark is tuned to be looking for very weak electromagnetic signals from its prey (heartbeats, muscle movements), this organ is highly sensitive. When encountered in the wild, the Sharkbanz field is exponentially greater than anything the animal will have experienced before and highly unpleasant. This tells the shark it is definitely not food.

Why Sharks Use Electroreception

The ability of sharks and rays to detect weak electrical signals in their surroundings may be one of the greatest factors relating to their survival through the millennia. Every creature, whether a fish or friendly beach goer, generates weak electrical fields while in motion. When sharks are close to potential prey, their electrical sense plays a major role in making the final attack. Actively hunting sharks may have as many as 1500 ampullae around their snout and head, while more sedate species may only have a few hundred.

Sharks use this sense to locate objects nearby, and it becomes vital when they cannot depend on vision alone. In the surf zone, the water is murky, and people and sharks are sharing the same space. Most shark bites occur in these hard-to-see conditions. People are not on shark's food menus, but when their electrical sense alerts them to potential prey in their area, they are likely to investigate. Remember: sharks don't have hands, so they use their mouths to feel. This is why the majority of shark bites are "hit-and-run" attacks, meaning the shark bites, then quickly leaves after it recognizes someone isn't food. Unfortunately, a simple case of mistaken identity can do a lot of damage. Sharkbanz warn curious sharks that the wearer is not food before they bite, reducing the risk of hit and run attacks.

More Information
Reviews
Write Your Own Review
Only registered users can write reviews. Please Sign in or create an account